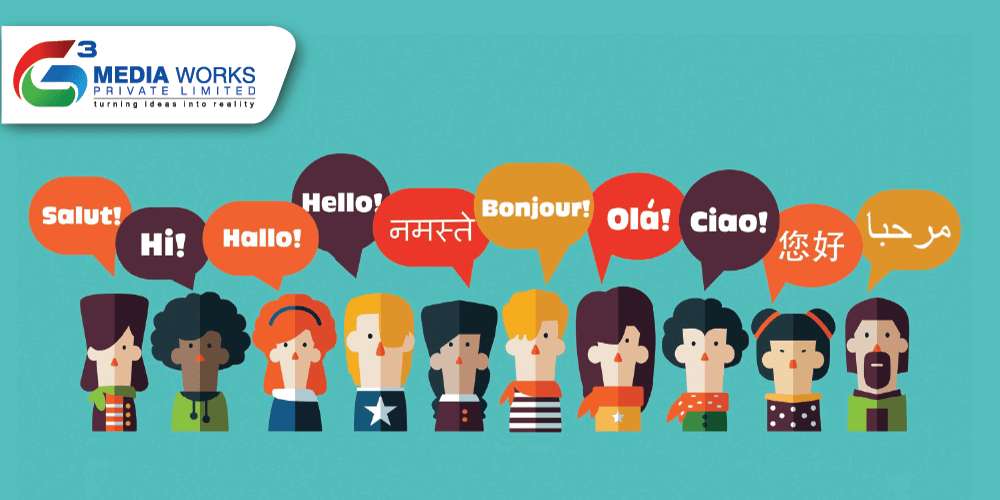 How OTT has actually made us respect languages across the nations?

Reading Outcome : The blog How OTT has actually made us respect languages across the nations? Is centred on the very theme of how a single platform called OTT has actually made people to respect and focus on various languages despite the geographical boundaries and other physical challenges which makes linguistic understanding quite a challenge at times. The blog will also provide insights on how OTT is being a determinant factor in terms of respecting language and cultural diversity.

Language the cradle of civilizations and the birth of human emotions:

Edmund de Waal remarked that “With languages, you can move from one social situation to another. With languages, you are at home anywhere.” But in reality, how many of us truly understand the potential and benefits associated with languages? Take a minute and ponder over it! If you had a solution to it then consider this. Out of all the languages we speak, our ‘Mother Tongue’ is what exposes us to the whole concept of listening, reading, writing and speaking. And from there we branch out to learn various languages.

The best part about learning languages is that, it doesn’t just impart us with the know-how, but also pulls us towards its associated facets like culture, diversity, people, lifestyle and much more. It fascinates us to such an extent that we start learning more and more about of the language! And the best part about it the pursuit of learning doesn’t stop with one language it goes beyond that! The proof for it resonates from the web series platform and the numerous shows podcasted in various languages

Though we learn languages through various mediums, in the recent past the impact created OTT in the pursuit of languages has gone far and beyond. In this segment we will be analysing how OTT has changed the whole ball game of language which in turn has not only made people to watch shows in other languages but has inspired many people to learn language with their heart and soul and at the same time respect its status quo with utmost dedication and passion.

Learning a language for respect, care and passion:

Interestingly in this world there are 6500 languages and 7000 dialects spread across various continents and globe. However, 2000 of those languages have fewer than 1,000 speakers. One more interesting fact is the most popular language in the world is Mandarin Chinese. (There are 1,213,000,000 people in the world speaking that language.) But OTT has actually made us take a different look and here is how it has changed the perception!

The centrality of human thinking:

Language is integral for our entire lives and is seemingly the social instrument that separates people from some other species. What's more, on certain records, language is the representative conduct that permits human singularities like craftsmanship, religion, and scienceto happen at regular intervals. To be precise, we use it to purchase food supplies in the grocery store, to find a new line of work, to contract or terminate a worker, to purchase train tickets, and to form an email. Yet, OTT has made individuals think and go past that. Truth be told at places; OTT has made individuals to think language is the thing that characterizes us and furthermore takes us to places. In fact, people have started to use dialogues, punchlines and other statements which defines them.

Unlike culture or social facets, language is never defined by demographics, socioeconomic, and ethnic differences. But what is to be noted is the psychological facet put forth by the OTT platforms. Commonly known as the I, you and others. This paradigm has actually made people think it doesn’t matter whether you are rich or poor, black or white, or what your eye colour is. You are destined to acquire at least one language with choice and preference.

This goes without saying! Through OTT platforms today it has become possible for people of various age groups to contemplate, showcase emotions, pass on information and channelize learning in the best possible manner. What’s more is the fact that, OTT has made people realize that utilizing language in the most ideal manner is of utmost need. As it assumes an important role in making people communicate in the best possible manner and at the same time express themselves without clarity and precision.

With the advent of numerous language shows, OTT has made the intersection of communication with precision stronger and more connectable. Further it also aids in the

Examination of how do specific content attributes connect with a pursuer’s psychological design to such an extent that data is passed on in a rational, fathomable way? How does language communicate with individuals' enthusiastic and inspirational design so it adequately moves or convinces them?

Tending to questions utilizing phonetic examination, corpus and field investigate, subjective (neuro)science tests, and computational displaying, generally focussing on grown-ups, yet in addition investigating language use including kids and teenagers. Through coordinated effort with cultural accomplices, we emphatically put resources into installing our examination in solid true settings, and in utilizing our outcomes to improve correspondence in those setting.

Contrary to the belief that OTT are just a from of entertainment, today it has proved that They can be an incredible asset to achieve viable social correspondence change – It might appear to be natural and intelligent that an all-around made OTT-particularly one with a convincing account and very much made effort plan would fill in as an impetus to change minds, urge watchers to change dug in practices, and start educate or re empower social developments.

Specialists likewise accept that regardless of whether OTT doesn't mean to add to the development of qualities, they most certainly do. By ethicalness of its intuitive nature and stirring substance, films are impacting our qualities and desire for the real world, paying little heed to our ability to be affected. In spite of the fact that the learning is inadvertent, it is similarly as powerful as purposeful learning and impacts our considerations and conduct!