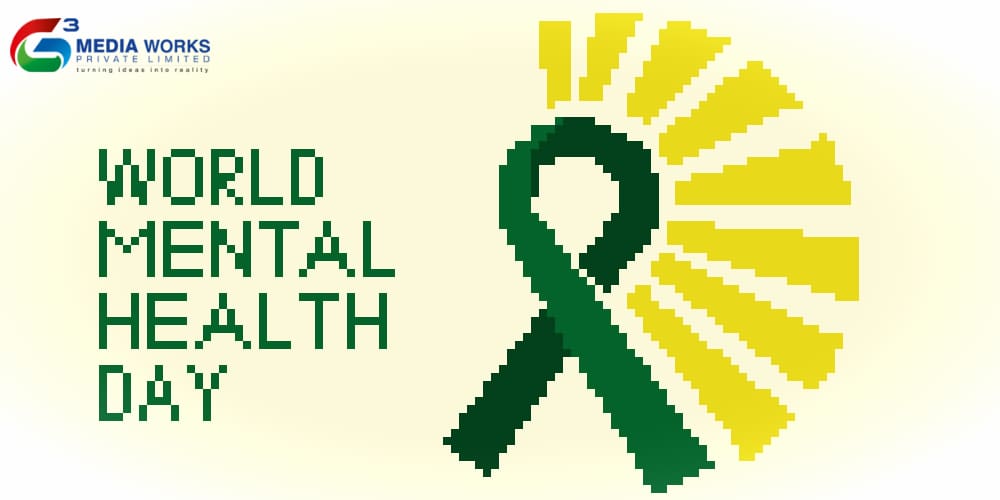 Reading Outcome : After reading this article, readers and other fellow people will get a complete understanding on how media touches upon the life of people and at the same time sensitized general public towards mental health attitude and betterment.
Reading Time: 15 Minutes

The answer is, ‘Our health is the index of our persona and identity! Only when we do well inside, we will be able to perform at the fullest! On the contrary if we fall sick, automatically we will forget ourselves and end up becoming an alternate personality that we don’t exhibit!

The debate doesn’t end there alone! Today, a lot of people forget themselves and end up losing themselves and their overall mental wellbeing in the pursuit of earning name and fame! Not alone that, they also rupture their self-identity.

On the top of it lies the ignorance and in ability to accept that mental health is also essential like physical health for us to function effectively and efficiently at all points of time and situation for better results!

Keeping the above situation in mind, today media channels like G3 Media Works Pvt Ltd have devised various media channels and strategies that will empower people in a more radical and stupendous manner.

Here are the top four way where media has actually penetrated into the minds of people by making them aware of mental issues and conditions associated with it! (Do remember that the list is an inclusion ofsmall screen   big screen screen and the internet platform that has actually won the hearts of the people).

1. You Tube Documentaries: With globalization taking over the universe, it has almost become easy for gen next of gen y thinkers to devise concepts that can actually provoke us and become aware of our health! One such move is the We All Have Mental Health video released by Anna Freud NCCF. Though a simple video, this You Tube Documentary brought out a lot of questions like happiness, stigma, child care and other critical issues which we often miss out or consider it as a taboo. In addition to that, Lee Health also released a video on The Mental Health Stigma which eventually raised the bars that we often set on mental health!

2. Awarness and Speak out Films: We are defined by what we have and what we face! At a point when marital rape   was not considered as a crime and as a determinant factor that can actually pull down the respect and overall wellbeing of a women, this regional advertisement agency broke out that notion through this beautiful short video International Women’s Day. The theme of the movie is very simple, but speaks about a women who suffers in silence and ends up losing herself! Though at places it can be emotional, it shows realism and why women need to safeguard their mental health was portrayed her!

3. Movies: Right from TaareZameen Par   to that of Black, we have witnessed a lot of movies that speaks about mental health in a more defining manner! With an ode to bring difference and at the same some regional film makes attempted in making health ailments factors like Bipolar disorder,   Alzheimer’s and Geriatrics very simple and relatable.

Talking about Bipolar Disorder Tamil movie director attempted a sensational yet emotional called 3 which linked Bipolar Disorder and Mental Health in a very spine- chilling manner. Whist on the other hand, the concept of Alzheimer’s was beautifully captured in another Tamil Movie called 60 VayaduMaaniram which showcases how memory loss can actually affect one’s mental health. We have all seen old age as a boring one, but this Hindi Flick 101 Not Out showcased how one can keep themselves hale and healthy one even one ages!

4. Campaigns: Media on the other hand is also trying to encourage children and their families in making mental health awareness a more reachable one by opting for a lot of outreach programmes that incorporate factors like Campaigns that will eventually set the needed flow in the society. One such attempt is the P&G   'Thank You, Mom' Campaign Ad: "Strong" (Rio 2016 Olympics ) which actually showcased how parents can aid in the overall development of children and their mental health in a very beautiful manner! The campaign also showcased how mental health is connected to one’s confidence and well-being!

Besides these online modes, media forums are also going off line to make things more reachable and relatable! But the question is how do we get it more understandable and going? In a world where selfishness and individualism alone prevails, ensuring that people get enough scope to understand their needs often gets challenging

In such a situation outreach programmes becomes the next best resort! And we at G-3 Media Works Pvt Ltd make it more relatable by giving lot of options including venue and event marketing that will aid your purpose more and better!

In short, we understand that Mental Health is an important asset and we do need to cover them just like how we focus on other things with significance and value!